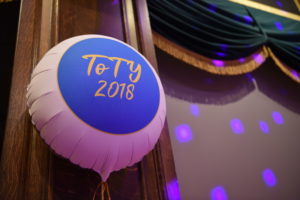 Temp of the Year 2018 winner announced

http://cliftonpest.com.au/termites/wood-damage/ An English graduate from the University of Birmingham has taken home a prestigious award after impressing her bosses in her temporary placement through Katie Bard.

Velikiy Novgorod The hard work of Marketing Assistant Alice Perry was rewarded at the 2018 Temp of the Year awards, as she took home the top prize as well as an accolade in the business category.

Birmingham based recruitment firm Katie Bard host the annual awards, which seek to celebrate the best recruitment candidates in the Midlands.

On her experience, Alice said: “It’s been a really varied role over the last year, but very rewarding and fun.

“It was my first temp role, so I got really lucky having some amazing opportunities with such a nice group of people who really welcomed me as part of the team.

“I’ve done so much that I never would have imagined doing as a temp.

“The fact that Katie Bard recognises the work of temps every year is really helping to change the perception that we are just here to fill a role.

“I feel like I’ve genuinely become part of the office, and it’s really nice to be told that you’ve done a good job and integrated well.”

After starting as a Marketing Administrator in August 2017, Alice is now a Marketing Assistant, and is supporting a company-wide rebrand, as well as the relaunch of their website.

The 2018 awards, held at the Revolución de Cuba in central Birmingham, also saw six other industry awards handed out to temps. Alice, who is from Solihull, also claimed the title of business temp of the year.

Kathryn O’Connell, Consultant at Katie Bard, said: “We set up this annual award to recognise and celebrate the hard work and achievements of our fantastic temp workforce.

“This year we received a record number of nominations, and every category was close-run. All of the shortlisted individuals are a credit to themselves and Katie Bard. In the end though, Alice was a worthy winner.

“Alice not only received a glowing nomination from her employer, highlighting that she is an integral part of the team, but numerous other colleagues also wrote to us to explain how thankful they are for the continued support that Alice provides.

“From all of us at Katie Bard, congratulations to Alice and all of our other brilliant category winners.”

Birmingham
£12 p/h
We currently have an exciting opportunity to join a large national business as a Property Helpdesk Coordinator on a temporary basis for 3 months. This is a great chance to gain facilities experience a...
More Information

Team Administrator for Charity (with Projects and Events)

Birmingham
£23K to £25.5K
A fantastic charitable organisation based just outside of Birmingham City Centre is looking for an individual with all round coordination skills for a contract opportunity within the business. Within ...
More Information

Birmingham City Centre
£23K to £26K
A fantastic global l law firm is looking for a professional individual for an exciting role in their Birmingham office. Working as part of a well established team, they are looking for an individual w...
More Information

London
£70,000 - £80,000
A fantastic opportunity to join a leading Global Medical  Communications agency.  They are currently looking for a  Scientific Director to continue to shape the future success of the bu...
More Information

Fully Remote
£20K to £25K
Katie Bard are currently recruiting for a truly unique and exciting opportunity working for a truly incredible charity on a full time permanent basis, fully remote based with the requirement to come i...
More Information