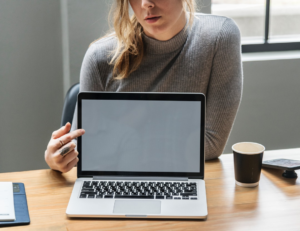 As one of the UK’s largest employers, Angela Mortimer Plc welcomed the opportunity to reveal our gender pay gap figures on the 4th April 2019 under the (Gender Pay Gap) Regulations 2017.

The data we reported contains pay information for both temporary workers and fully employed staff. Please find a link to our Gender Pay Gap reporting data here http://bit.ly/2GJ6nGk. Women are paid more than men at the Angela Mortimer Group in both hourly pay and bonuses. We are reporting that there is a -4% difference in mean pay and a -18% difference in the median pay. There is a difference of -126% in mean bonuses and a -841% difference in median bonuses.

The data also showed that there is strong representation of women throughout the company at every level. Our quartile split data shows that we have almost the same spread of female and male workers at each quartile level, including our leadership roles, demonstrating zero gender bias towards leadership. The upper quartile is 91% female/9% male which also demonstrates that we are a predominantly female led business.

Our Gender Pay Gap of -4% in favour of females bucks the trend in the UK where the average is a reverse of 18% in favour of males and is also below our industry average which favours males too. Angela Mortimer has a long history of assisting both men and women in finding the next step on their career paths either internally within our business, in new permanent positions with our clients or through temporary work with other companies.

Whilst we are predominantly led by the market for the employment of our temporary workers we assist in ensuring that we are giving the end client every opportunity to make a decision with no regard for any protected characteristic including gender but also race, religion, sexuality and others. We are extremely proud that these figures indicate a lack of prejudice or inequality in both our quality of service delivery to clients and our promotion of internal opportunities to employees for gender.

Within the Angela Mortimer Group, we will continue to provide equal pay, commissions, bonuses and celebrate job promotions using objective markers and via our career development mechanisms which are clear, transparent and open to all. Ensuring equal pay, monitoring our gender pay data and more importantly, understanding the factors that contribute to differences can help us to continue as an equal opportunities employer.

The Gender Pay Gap information has put the spotlight firmly on the pay differences between the male and female genders, which are predominantly biased towards men. This may only be one square on a patchwork quilt of complex factors surrounding equality but has increased activity and conversation at board level like never before.

It is now time for organisations to join us in thinking more broadly about how they can simultaneously attract, retain, engage and advance more women through the talent pipeline. We fully support the Government’s policies in transparency for this information and any action that will assist the current movement towards equal opportunities for all.

London
£35,000 - £45,000
Attention PAs/Office Managers! An established private equity firm in Central London is looking for a talented and driven individual to join their team as a PA/Office Manager. With a competitive salary...
More Information

Stratford-upon-Avon
£20,000 - £26,000
An established organisation based in the heart of Stratford-upon-Avon are currently looking to expand their Executive Office team and bring onboard an Administrative Assistant to support the team in a...
More Information

Birmingham
£25,000 - £30,000
We are currently recruiting for a PA to join a leading law firm in their Birmingham office, in a full-time, permanent position. This is an excellent opportunity for the successful candidate with previ...
More Information

Birmingham City Centre
£30K to £37.5K
A creative yet professional business based in Birmingham city centre are looking for a proactive individual with ideally 3 years or more experience with a business support capacity keen to progress th...
More Information

South Birmingham
£20K to £25K
An award winning firm are looking for an experienced administrator for a varied and in depth role within their insurance department. With a national portfolio, this business boasts a fantastic reputat...
More Information